I just really don’t like change and needless to say the last few months haven’t been the easiest for me. As I have written about several times, in June, I had to leave my beloved Ithaca and everyone in it. That truly sucked. Then, I went home for seven weeks and worked at my usual summer spot on the ocean (doesn’t sound that bad, right?) Well, it wasn’t. I really enjoyed my time at home with my family, but by the time I got used to being there again, it was time to leave. Finally in August, I made the move to Boston and began working in the Harvard Athletic Department. 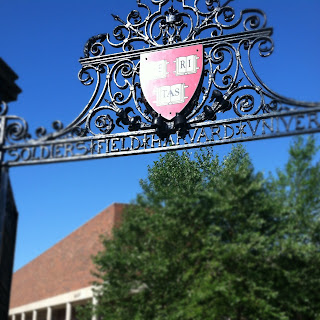 To say the most recent move required some change would be an understatement. I went from living in a town of 30,000 to living in a city with over 4.6 million people in it. I no longer drive my car and instead take public transportation. I live with new people in a new house that is just feet away from the house of my new neighbors. Oh and I work a full-time job that actually requires about 50-60 hours a week. So ya, a whole lot of newness and change.

Between the new job and the new lifestyle, Boston was a rough adjustment. I didn’t expect it to be as easy as my move to Ithaca (that was piece of cake, a really good piece, too), but I also didn’t expect it to be as challenging as it was. I knew no one and in a city of almost 5 million and an Athletic Department of about 200 it was kind of lonely. I missed my friends, I missed the things I did for fun, I missed my old routine, my sister, my parents cooking for me. It wasn’t pretty and I kept chugging along as I tried to get into a routine and then…

I realized that I liked it. It took a bit longer than I expected but once I started to make friends in the department and recognize familiar faces things fell right into place. I had never realized how important it is to me to feel like a part of something. I was telling my mom late last week after a volleyball tournament that as much as I have complained about small-town mentality in the past, there are things I really appreciate about it. I’ve met a ton of my student workers and I think I’m really going to like working with them this year. I also have a couple of games that I’ve managed under my belt so things are becoming more familiar and I’m realizing that I made the right decision coming here.

Now that I’ve gotten all of that off my chest here are some snapshots of my time here thus far:

View from the top of Harvard Stadium 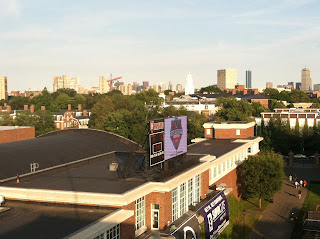 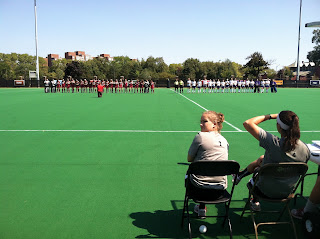 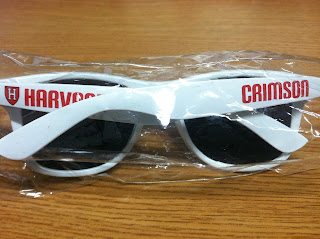 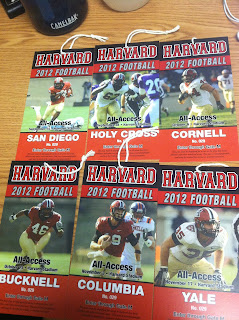 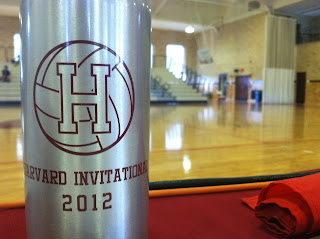 And of course … the family has been super supportive and awesome in the move and has already come to visit! 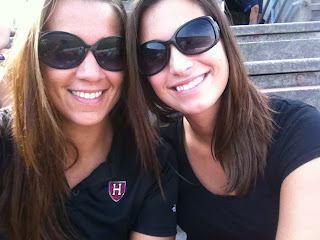 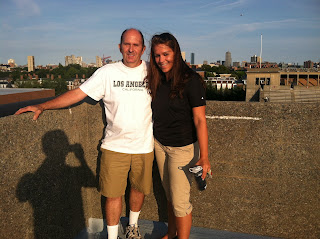 Everything is really good so far – roommates, apartment, work, being an hour-and-a-half from home – all of it.  And I think things are only going to get better from here...