Let’s think back to about six weeks ago, when I know a lot of us were questioning whether or not we would see pro football this year. Sure, six months ago, I was positive each and every Sunday would be filled with the NFL and all of its greatness, but I’ll admit, as time ticked down, I was getting a bit nervous. Thanks to some very long and imaginably miserable negotiations, one of my favorite days is officially upon us. NFL, it’s absolutely fantastic to see you again. 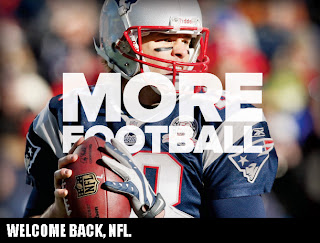 And Tom Brady, even more excited to see you every weekend.
I’m excited for Belichick to rock the cut-off hoodie, to attempt to do homework while I sit in front of the TV all day each Sunday, talk trash to my friends who are non-Patriots fans, rock my Brady jersey, welcome Chad Ochocinco and all the greatness he comes with to New England and maybe purchase some ridiculous gear to support the ever-so-amusing 85. I mean, how good does he look in blue, red and silver? 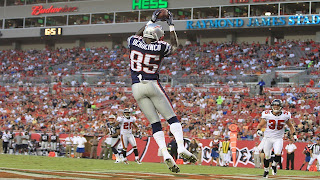 Not to mention, I plan on regaining control of my family fantasy league. I’m pretty pleased with my fantasy teams and extremely confident (wait, me confident?) in my ability to take at least one title, here. Andrea’s Dark Chocolate, which should probably be called Andrea’s Attitude-Filled-Crazy-And-Totally-Awesomes will be led by Chris Johnson. Joining him will be my pack of guys with huge egos – Ochocinco, Plaxico Burress, Roy Williams and the Cowboys defense. Oh and I’ve got some guy who is gonna have a breakout season in Miami – Reggie Bush – and another guy who is going to be revitalized this year – Phil Rivers. Not to mention Frank Gore and Reggie Wayne. This team is badass, period. 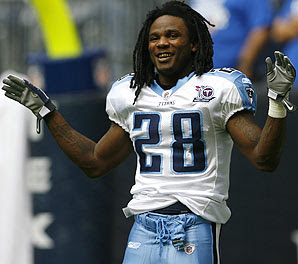 In other leagues, Andrea’s Ironmen is going to make a surprising push to the postseason. Despite the fact that I drafted while reading for class, talking on the phone with mom and having a minor inner freakout, this team looks awesome. Araon Rodgers will head up the Ironmen and joining him will be a solid first-rounder, Michael Turner, my man Wes Welker and Matt Forte. Antonio Gates, Percy Harvin and Pierre Thomas should also feel privileged to join this for-sure champion. 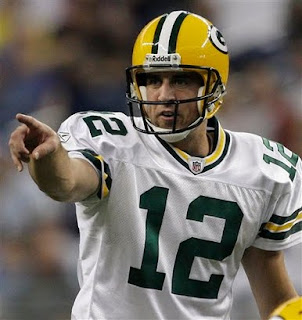 Not only does the NFL provide hours and hours of entertainment, it helps me set life goals. Ya, that’s right. Last weekend, the NFL reminded me of yet another reason why I need to be famous – an appearance in the Famers v. Gamers NFL charity game. First off, who wouldn’t want to be a part of this? The event is a compilation of all of my favorite things – football, celebs and former ballers – and looks to be a great time. This year guys like Deion Sanders, Hershell Walker, Michael Strahan, Dan Marino and Jerry Rice joined celebs like Chris Merloni and Terry Crews for a whole lot of fun. Aside from the fact that it is an absolute melting pot of sport sponsorship, it’s all for a good cause and I plan on rocking it one day. See you soon, Primetime. 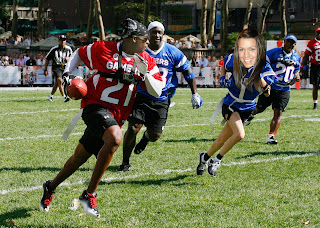 As one of my favorite and most entertaining wide receivers once said, ‘Get your popcorn ready.’ 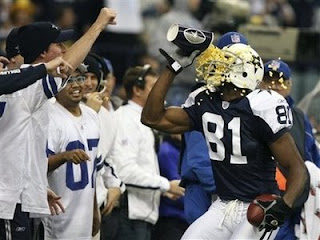