What I'll Miss Most About Ithaca

As I continue to wrap up my time in Ithaca, it's gotten me thinking about all of the things I'll miss about this place.

My Graduate Assistantship - I actually don't even know where to start regarding my GA. I had so much fun, learned more than I could have imagined, made great friends and wish I could do it all over again. 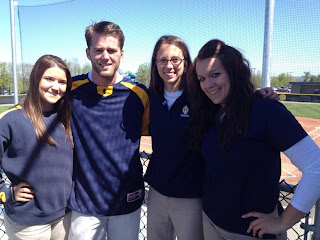 Coming in, I looked at my GA as a way to supplement some of my tuition and gain some more experience, but never did I think it would change my career path. I have absolutely fallen in love with college athletics and I attribute a lot of that to my experience at Ithaca. I worked closely with four of the most awesome administrators that took time to teach us, guide us, give us great advice, encourage us, laugh with us and support us in everything we did. It wasn't just the four lead administrators though, their supporting cast is just as great too. In addition to the leadership roles we had in projects and events, we were given a voice in the Athletic Department and treated just like fellow administrators. I never expected that. I owe those former bosses and now colleagues of mine so much and appreciate them more than they will probably ever know. This experience wouldn't have been as awesome without my fellow GAs, event staff and super successful yet very humble student-athletes. I fully understand that my time here was very special and that no matter where I end up, it will never be quite as great as it was here. I now understand why it's always a great day to be a Bomber. 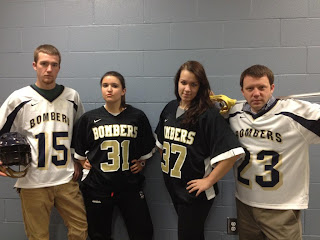 Student-Athletes - My former professor was totally right when she told me that being a graduate student is the best because you can fit in with administration but also with the student-athletes. I didn't think I'd really care to make friends with the undergrad student-athletes but I am so glad I did. Some of my favorite memories from Ithaca were made with them through event staff work, athletic achievement or outside fun. 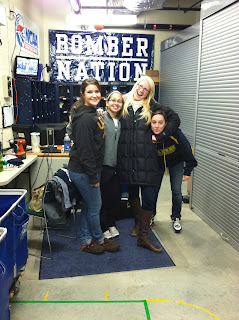 It's funny to think that a few of the student-athletes I love now didn't like Sam and I after that first weekend of work. These Ithaca student-athletes are a special breed - they have fun, take their academics just as seriously as their athletics, live in the moment and aren't afraid to show their true colors. I learned so much from them and will truly miss our daily interactions. 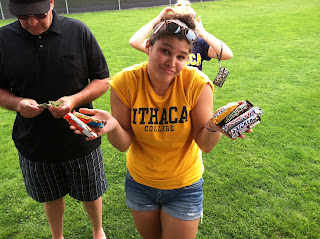 A Great Group of Friends - Like I've said a million times, I planned to come to Ithaca, get my work done and get out. If someone would have told me I was going to stay an extra month just to spend more time with my friends, I would have called them crazy. That would have also been my response if they had told me I would meet and make some of my best friends here. I honestly didn't think there was time for that. I was so wrong. They are such a huge part of why I had so much fun here. From our first night out to our last, to sitting in class, to hiking and shopping, to birthday celebrations, to traveling and completing our bucket list, I found some of the best bros around. 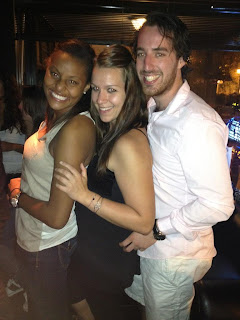 Not to mention the fact that we are all going to go to our individual locations saying Ithaca things and everyone will think we are crazy. Pretty sure if 'hohohoho' at anyone in Kennebunkport, I will be laughed out of town. While we are all going our separate ways much sooner than we'd like, they will all have such a special place in my heart. Seriously, they are like my brothers and sisters. 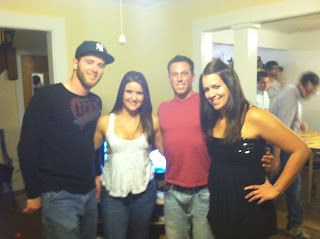 Wegmans - If this doesn't make me sound like an old lady, then I don't what does. Not to mention, I had to lighten the mood a bit. Aside from the fact that Wegmans is usually super busy and chaotic, I really didn't mind shopping there. It was like a little adventure every time I went in, especially when Sam and I did our weekly groceries together. Let's not even go into how much I'll miss grocery shopping with someone that eats nearly the exact same way as me and has just as much fun as I do doing it. There are no Wegmans in New England and I'm well aware that I if I find one, it won't be as awesome as the Ithaca one.

Gorges - Like I've mentioned, Ithaca is Gorges, and I did my fair share of exploring them. It really is so pretty here and I'll miss my ability to take in the scenery as easily and quickly as I could. I hiked in and around them, swam and waded in the them, jumped off their surrounding rocks and took millions of pictures of them. Not only are the gorges gorgeous, but Cayuga Lake also provides us with another awesome body of water - a 38.1-mile long and 435-foot deep one (thanks for that, Sam). 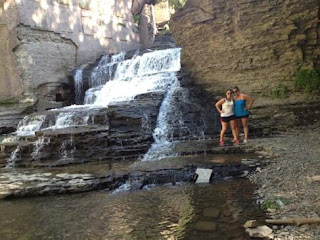 The Commons - Such a fun place! So much so that Cornell bros even invade our side of Ithaca every so often. Tons of cute little shops, bars, restaurants and statues that are a must to pose with at least once. I spent a good amount of time and thanks to Ithacafest this past weekend, Sam and I successfully explored all we wanted to in the Commons. 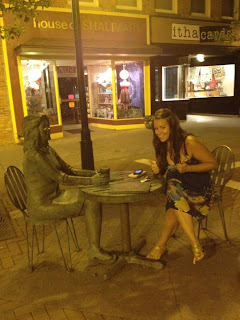 There you have, all the things I'll miss about Ithaca. Some fun, some sentimental and some probably foolish.
Posted by andrea70188 at 8:38 AM