(OK, so this has been written for about a week now and I have yet to post it. Might not be the timeliest thing on the planet, but bear with me, I have the busiest schedule ever.)

For the past five or so months, NBC and I have had a great love affair. While I’m not a big TV junkie, I do have a small obsession with the network’s feel-good, look-good show, ‘The Biggest Loser.’ Okay, a huge obsession. I follow the contestants on Twitter, I have a Jillian Michaels workout DVD, the ‘Last Chance Workout’ DVD is on my birthday list and Bob Harper’s Web Site is my homepage. Needless to say, I love everything about the show. I just can’t get enough of the physical and emotional transformations brought about by the most intense gym sessions. Not to mention Jillian’s in-you-face approach and Bob’s total opposite warm, fatherly love. 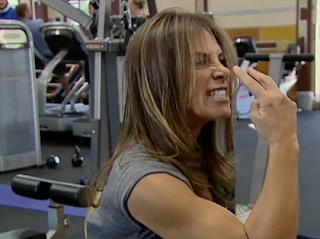 Seriously though, three weeks ago I was swamped with homework and overwhelmed with marathon taper, so I taped the episode and planned to watch Wednesday night. Well, Wednesday morning I’m at the gym getting ready for the day when I hear one woman ask another women what she thought about the recent transformations. Instinctively, I start humming loudly so I wouldn’t hear the results. Well, both women turned to me and asked if I was okay. I could feel my face getting redder by the second and tried to explain my way out of that one. Well, lucky for me they both understood and kindly tabled their conversation.

Anyway, last Wednesday marked the start of my NBC/’The Biggest Loser’ love affair hiatus. Season nine wrapped up with the finale last Tuesday and unlike it has in the past, it didn’t leave me feeling all that great. I didn’t even cry and believe me, ‘The Biggest Loser’ ALWAYS makes me cry. But, it was different this time. Michael, who lost 50.19 percent of his body weight, took home the grand prize of $250,000. He came into the show weighing 526 pounds, lost 264 and looks great. He went through sooo many ups and downs throughout the show and it is awesome to see the progress he made. Seriously, he looks fantastic. You can totally see how much happier he is as half the man he was before. 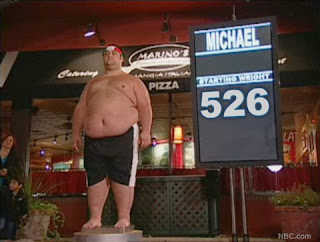 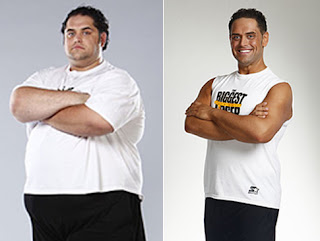 However, despite all this happiness I feel for Michael, I can’t help but feel bad for my man, Koli, who was one of my favorites all season. He lost 215 pounds, but was booted from the competition after losing America’s vote in the final week and was unable to compete for the grand prize. Instead he went home with the ‘at-home prize’ of 100,000 dollars. Keep in mind, the competition is based on total percentage of weight lost. Koli’s 215 pounds accounted for a percentage of weight loss of 53.35. So, technically, had he won the hearts of America like runner-up Daris did, he would have won the whole thing! Can’t imagine how he feels today, but I’m guessing he wishes that he has said a little something extra in his plea. I am disappointed for him! It shouldn’t be about a popularity contest and letting America vote turns it into a weight loss ‘American Idol.’ Numbers don’t lie and that’s what they should continue to follow through the entirety of the show. It’s about weight loss. End of story.

I have to admit, I may not have gotten as fired up about this had it happened to Daris. I am a big fan of the guy – after all, he did run a marathon in 4:02.00 and his girlfriend is smokin’ hot. But, from the beginning of season nine, I was in love with the gray team – Samoan cousins Sam and Koli. They were so passionate, goal-oriented and focused, always standing by and making sacrifices for each other. They worked so hard to lose that weight and brought an intensity to the show like none other, so it really bums me out that they made it so close. (Sam left in Week 16 after only losing two pounds) Sam, who I had previously claimed as my future husband, found love on the show with fellow contestant Stephanie. Ya, I guess I’m happy for them. No, really, I am. The show truly changed their lives. But, if things with Stephanie don’t work out, rest assured, I’ll still be here!

Below you will see two of my other favorites – orange team and mother of Daris, Cheryl, and pink team and mother of runner-up Ashley, Sherry. Those two women were so motivated and clearly still are. Just look at them! Below, Sherry is pictured at the finale and Cheryl is shown at the mid-point of her weight loss journey. Couldn’t find a finale pick for her, but still, looking good, ladies! 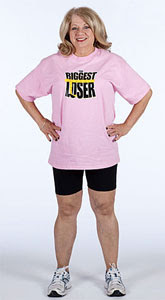 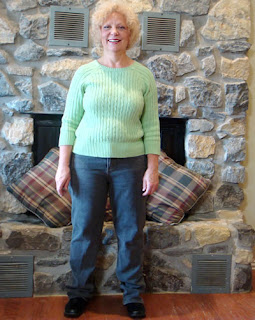 While I still think that putting the last spot in America’s hands is unfair to the contestants,
I am so happy for the 22 contestants that were able to take charge of their lives and journey down a healthy path. Seriously, if you don’t watch this show – watch it! Season 10 starts up in the fall and it’s obviously going to be great. I introduced my mom and Danielle to ‘The Biggest Loser’ and I am happy to share my NBC love affair with anyone else who wants it.

While I anxiously await season ten to begin, I will most definitely be entertained by NBC’s new show, ‘Losing it with Jillian,’ which starts tonight! Wohooooo! Oh and, in case you’re wondering, marathon training part two started today (obviously, that requires a separate post, soon to come!).