A Whole Lot of Sports Randoms

After watching the Patriots handle the Vikings on Sunday, I realized that there are a couple of things that need addressing.

1. Brady and his Beiber ‘do: Since Tom has let his hair grow, I have defended his look more than once. Needless to say my patience with this issue is growing thin, unlike No. 12's hair. I feel I can no longer seriously and convincingly defend him. While I will always defend him, even if he grows a Troy Polamalu, it’s getting difficult. He is still quite good-looking, but I also think he might be able to rock a ponytail right now. Seriously Tom, I’m not a stylist by any means, but we should chat … 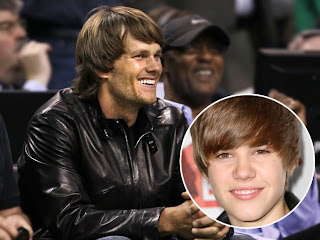 2. Good-bye Moss: I’ll admit, I was pretty upset when I heard the news of Randy Moss being traded back to Minnesota. I felt like we were on the receiving side of this: 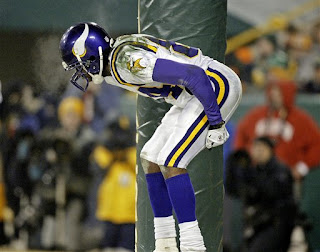 I feared the possibility of a less-than-entertaining offense, a vicious string of losses and an insanely dominant Vikings team. Well (knock on wood), none of that has happened yet. In fact, the Pats are doing just fine, and well, Minnesota has a very arthritic Brett Favre. Post-season prediction: Favre will miss his first game since 1992 and will retire for real this year. I mean, he just looks miserable ... 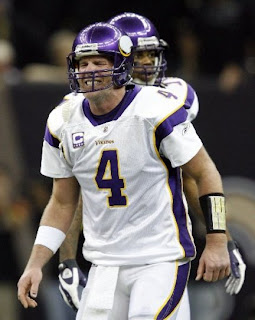 All in all, the Pats will be fine. I highly enjoyed the time we shared with Randy, but we didn't win anything with him, did we? I’m just going to go ahead and say it, I’m glad Randy went back to where he came from and here’s to hoping he grows another one of these: 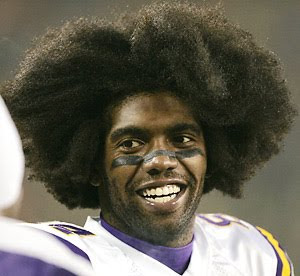 3. Hello, Celtics: In case you’ve been living under a rock, the Celtics opened up their 2010-2011 season this past Tuesday. That’s right, the Celtics are baa-aaaackk. I don’t know about you, but I’m feeling a title. With the exception of the loss to the LeBron-less Cavs, the season has started off right. We already beat the ever-so-powerful Heat and set the stage for quite the re-match. As if the Celtics being back isn’t great enough, this guy is also on our team. The guy who stared in Kazaam, asked Kobe ‘how his ass tastes’ and whom my grandmother thinks ‘is well-endowed’ is wearing Celtic-green. 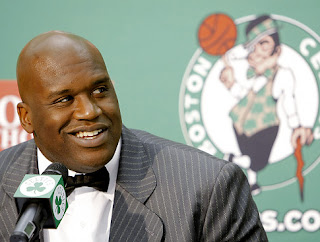 4. Heat, Schmeat: Like I just said, the Heat opened their season with a pretty disappointing erformance for their Miami faithful. As of Sunday, they currently stand at 3-1. I have yet to be as impressed as expected, but then again, the NBA season is long and they have time to prove themselves. They did, however, put quite the thrashing on Orlando last week. 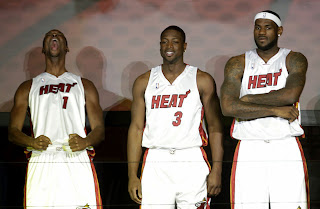 5. No Time for Fantasy: I’m sad to report that both of my fantasy teams – Andrea’s Ironmen and Fitness Freaks – are not boasting good records. I barely have time to blog, let alone update my fantasy teams. It’s made the football season far less entertaining, especially since I usually remember to change it at the start of the 4:15 games.

6. Zero Limits: My all-time athlete crush, Apolo Anton Ohno, just came out with his first book, Zero Limits, last week. I watched intently as he spoke about it Thursday on the Today Show and you better believe I’m hoping for a copy under the Christmas tree. I mean who wouldn’t want to write a book written by this guy? 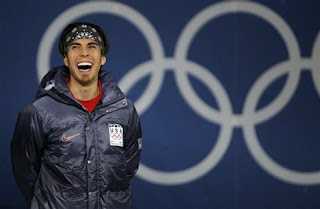