Reach the Beach In pictures

Danielle pre-race at Starbucks … She loves, I mean loves, pumpkin spice coffee. Almost as much as Shipyard Pumpkinhead beer. 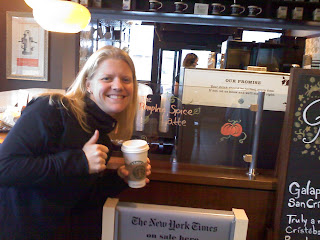 I’m pretty sure we probably had THE BEST race guide cover pages. (Thanks Jason!) 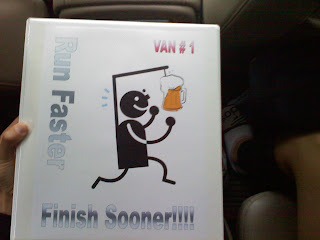 This woman was part of the team named ‘The Keg’ and she does not like Magic Hat No. 9. Weirddd. 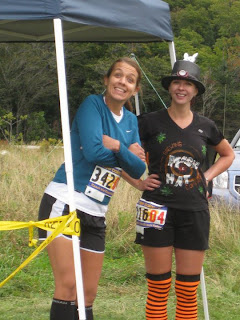 At one point very early on we saw a van on the side of the road and I exclaimed … ‘HEY! They stole our team name!!’ I was not impressed. Well, turns out it was the rest of our team. Clearly should have taken a picture of this but didn’t. Whoops.

This was seriously stuck to our van at one point … Kind of clever if you ask me. 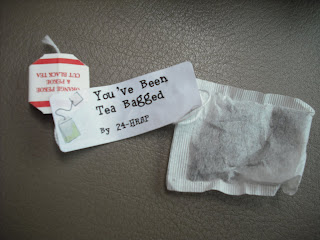 Misty and I found some carnival rides at one of the transitions and so I had to do my best Vanna White. 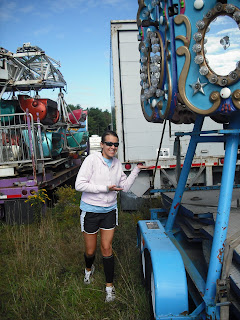 A bird ‘dropped one’ on Jason while we were waiting at the finish line. 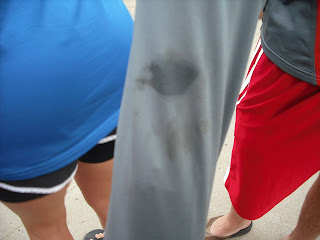 And finally, this is Sarah … She saw my Twitter promo on the van and I asked who I was. Turns out she was looking for Danielle and since she wasn’t there, we snapped a pic together instead. 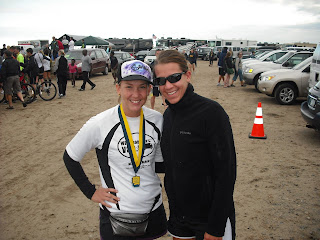